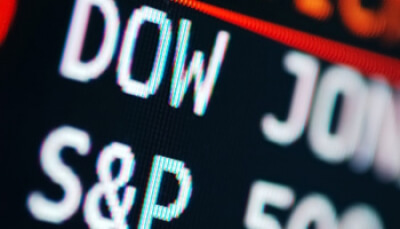 Cigna in recent months has been seeking a buyer for a business that sells life, accident and disability-income insurance to employers.

New York Life Insurance Co. is negotiating with Cigna Corp. to acquire a unit that sells nonmedical insurance products to employers, a deal that could be valued at as much as $6 billion, according to people familiar with the matter.

Cigna in recent months has been seeking a buyer for a business that sells life, accident and disability-income insurance to employers for their workers, in a move that would help the health giant focus on its core business, according to the people.

Potential buyers including MetLife Inc. and Sun Life Financial Inc. have been circling the company too, but New York Life recently emerged as the leading contender, the people said. The two sides are aiming to reach a pact by year-end. There is no guarantee Cigna and New York Life will manage to do so; and if they don’t, Cigna could turn again to one of the erstwhile bidders.

New York Life is one of the nation’s oldest and financially strongest life insurers. It is owned by its policyholders, one of the last of a once-large number of so-called mutuals, and doesn’t trade publicly. Based in New York, the 174-year-old company is well known for its fleet of career agents who sell traditional life insurance to households across the U.S.

Like other U.S. life insurers, New York Life is looking for ways to expand in a competitive marketplace as low-interest rates make life insurance and retirement-income annuities — its core products — less attractive to some consumers.

The company has a group-life-insurance business that is smaller than that of Cigna, and a combination would propel New York Life into the top five of companies by market share selling nonmedical insurance for employers’ benefit programs.

The bid for the Cigna unit follows other moves by New York Life Chief Executive Ted Mathas to diversify operations, including acquisitions to broaden the reach of its investment-management arm and steps to build up other businesses related to the core retail insurance operations.

Cigna has been digesting its $54 billion acquisition of pharmacy-benefit manager Express Scripts Holding Co., which closed about a year ago. It could use proceeds from any new deal to reduce its debt, which stands at about $39 billion, while refining its focus on its health-services business. Cigna’s market capitalization is about $71 billion.

In addition to its central business of employer health and drug benefits, Cigna is working to build up its Medicare unit, and it has long maintained a strong overseas presence.

U.S. insurers have been eager to enlarge their group-benefits businesses. In contrast to many products sold by life insurers to consumers, group policies can be re-priced when they are up for renewal, generally every one to five years. That provides an opportunity for insurers to react to the market and to changing circumstances and protect themselves from inflation.

Group products also generally need less capital to back them up, compared with life insurance and annuities sold to consumers that carry lifetime income or other decadeslong guarantees.

In 2017, Aetna Inc., now part of CVS Health Corp. , agreed to sell a similar business unit. In that deal, Hartford Financial Services Group Inc. nearly doubled its business of selling benefits to employers, one of its main operations outside of property-casualty insurance.

Earlier this month, MetLife agreed to purchase pet-insurance company PetFirst Healthcare LLC, expanding into a growing industry as it aims to widen offerings in its group-benefits business.

In an August note, analyst Matthew Borsch of BMO Capital Markets suggested that Cigna’s divestiture of the business would be viewed positively, as it is “only marginally synergistic with the rest of [the company], yet slower growing and recently more volatile.”